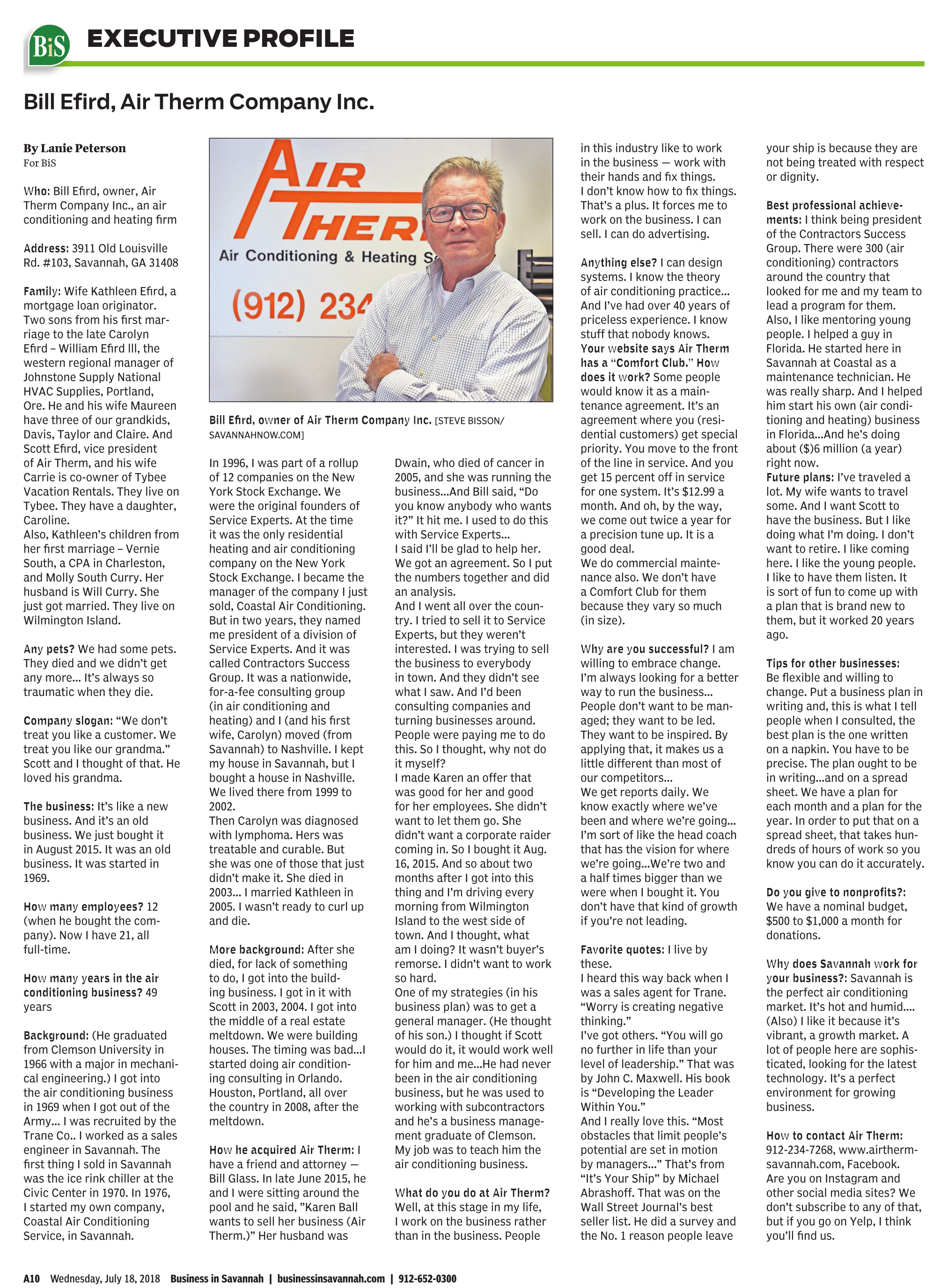 Air Therm Company, Inc., of Savannah, is pleased to announce that Beth Bock has joined its team of heating, ventilating and air conditioning professionals as customer service manager.

"We are very pleased to welcome Beth on board," said Bill Efird, owner. "She brings a wealth of experience in facilities and property management. Beth will be working closely with our customers to ensure they are satisfied and that any concerns are quickly resolved."

Bock was previously employed by Lanier Association Management and Gateway Employment & Manufacturing. She is a graduate of Georgia Southern University.

"It is exciting to be part of a team that has been proven over the last 30 years they are not only experts in the field, but they go above and beyond to take care of the customer," said Bock. "I'm looking forward to being part of this organization."

A native of Savannah, Bock is a member of First Baptist of the Islands Church and enjoys spending time with her husband, James, and children, Haley & Riley. She also enjoys the beach, traveling, hiking and going to the ballet. 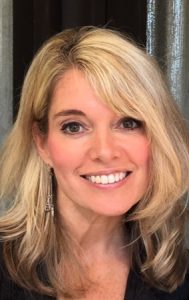 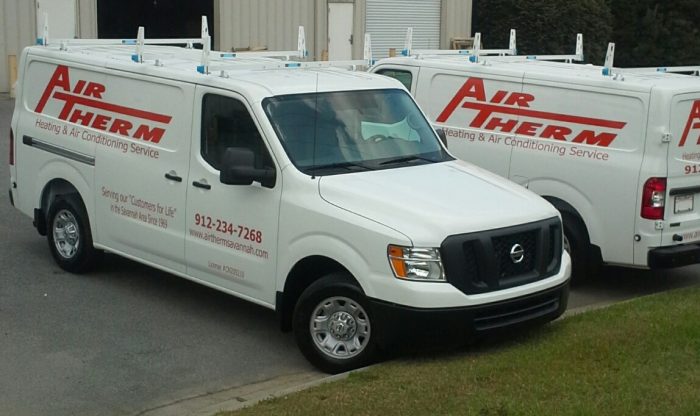 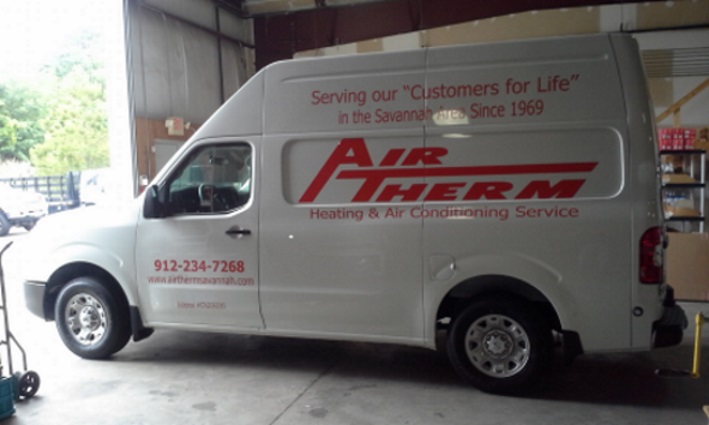 Air Therm Company Inc. of Savannah Georgia just recently purchased 3 new cutting edge Nissan European style service vans in May 2016 from Grainger Nissan. In order to better service our customers, Air Therm has invested in our future by customizing the vans with new shelving, a backup camera, GPS, and Blue Tooth capabilities. They are also more fuel efficient to help us move forward with our cost and energy saving plan. We wanted to thank Spencer Thomas and Steve Staton with Grainger Nissan for doing such a great job with our purchase and Dennis Gaylord with Gaylord Designs for installing our new lettering on the vans. Our Technicians are fired up and ready to go with these new babies!!!

Air Therm Company, Inc., of Savannah, was purchased by Bill Efird in July 2015. Established by Dwain Ball in 1970, the local heating, ventilating, and air conditioning business had been operated in recent years by Karen Ball, following her husband's death in 2000. After being with the HVAC company for 35 years, she felt it was time to turn the firm over to new leadership, and began a search for someone who could be as passionate about running the company as she and her husband had been.

"I felt I had taken the company as far as I could on my own," said Ball. "With a strong desire to relocate to be closer to my children, I began a search for the perfect owner. This would be someone who would come in with a new vision for growth of Air Therm HVAC, someone who would be passionate and bring a renewed energy, and mainly, someone who would be a perfect match for the dedicated and loyal employees of Air Therm, many of whom have decades of seniority. It was 'Mission Accomplished' when Bill expressed a solid interest in taking over the company."

Efird brings a wealth of local industry experience to the helm at Air Therm. He is developer of "Operations Accountability", a small company process, based on Fortune 500 Best Practices,that he developed to assist HVAC companies both large and small to operate like a business instead of a "street vendor". He previously served as president of Contractor Success Group (CSG) a division of Service Experts Heating & Air Conditioning and for 20 + years founder/owner/president of Coastal Air Conditioning,one of the largest air conditioning businesses in Savannah. Efird a graduate of Clemson University with a bachelor of science in mechanical engineering, has brought in his son Scott( also a Clemson grad) as VP of Residential Sales.Scott brings to the Air Therm team his skills learned in the home building business.

"Dwain and Karen developed a sound and respected reputation in the residential service industry by hiring and retaining key leaders like Sam Goodman, who continues to oversee the construction department, and Chris Rahn, our "operations manager," Efird stated. "Air Therm's customers will continue to enjoy doing business with a locally-owned company that will remain committed to keeping our "Customers for Life".

Air Therm and Efird have won multiple dealer awards from Trane, Carrier and Honeywell and Efird was inducted by the Homebuilders Association of Savannah in the Homebuilders Hall of Fame in 2003. As the slogan Dwain Ball coined decades ago states: "Service is our most important product." Efird says "All additional business at Air Therm will evolve from great service"